FRV firefighters worked through the night on Thursday to contain a large house fire in Diggers Rest.

Crews arrived at the Mt Aitkin Road address at 1.30am, finding the fire fully involved, at a size of 10 metres by 30 metres.

Due to the remote location of the house, FRV crews use a municipal water tank to connect a long pump and hoses to attack at the fire.

FRV crews from Sunbury, Taylors Lakes and St Albans Fire Stations were supported by CFA crews at the scene.

Working together, FRV and CFA firefighters brought the fire under control just before 3am. Crews remained on scene until the fire was fully extinguished.

Unfortunately the house was significantly damaged by the fire. Thankfully, the occupant of the house was no injured in the incident.

Investigations into the cause of the fire are ongoing. 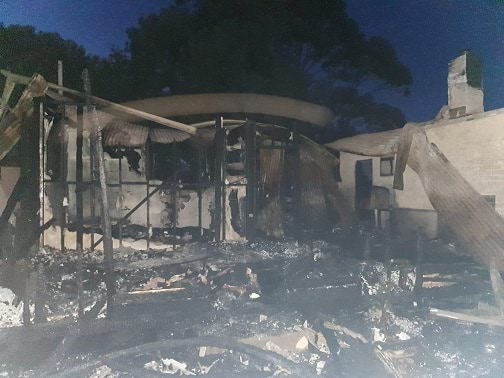