Firefighters made entry into the building and searched the property for occupants, but found no one inside at the time of the fire.

Crews attacked the blaze externally and used a Ladder Platform appliance to access the roof space from above and extinguish the blaze.

The fire was declared under control less than 15 minutes after crews arrived.

The fire is believed to be suspicious and the scene had been handed to Victoria Police to investigate.

At the height of the incident there were three FRV appliances at the scene. 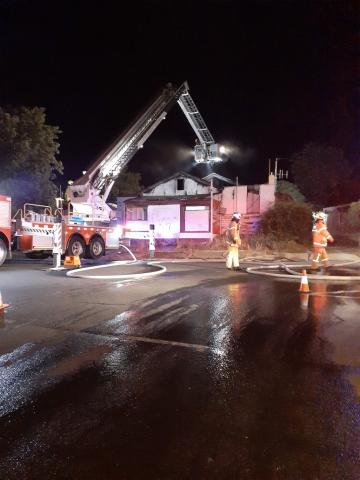